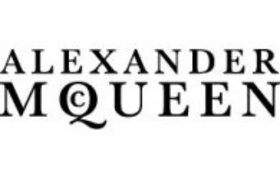 Alexander McQueen was born in London on March 17th 1969, the youngest of six children. He left school at the age of 16 and was offered an apprenticeship at the traditional Savile Row tailors Anderson and Sheppard and then at neighbouring Gieves and Hawkes, both masters in the technical construction of clothing.

In less than 10 years McQueen became one of the most respected fashion designers in the world. In October 1996 he was appointed Chief Designer at the French Haute Couture House Givenchy where he worked until March of 2001. In December 2000, 51% of Alexander McQueen was acquired by the Gucci Group, where he remained Creative Director. Collections include womens ready-to-wear, mens ready-to-wear, accessories, eyewear and fragrance (Kingdom 2003 and MyQueen 2005). Expansion followed and included the opening of flagship stores in New York, London, Milan, Las Vegas and Los Angeles. The following awards have recognized Alexander McQueen’s achievement in fashion: British Designer of the year 1996, 1997, 2001, and 2003, International Designer of the Year by The Council of Fashion Designer’s of America (CFDA) in 2003, A Most Excellent Commander of The British Empire (CBE) by her Majesty the Queen in 2003, GQ Menswear Designer of the Year in 2007.